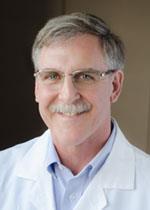 A. James Barkovich, MD, is a Professor in Residence and he is Chief of Pediatric Neuroradiology in the Department of Radiology at the University of California, San Francisco. Dr. Barkovich received his medical degree from George Washington University, Washington, D.C., and completed his residency in Radiology from Letterman AMC, San Francisco in 1984, followed by a fellowship in Neuroradiology from Walter Reed AMC in 1986. Dr. Barkovich was also President of the American Society of Neuroradiology 1998-1999 and Secretary General of the World Federation of Neuroradiological Societies from 2002-2006.

Dr. Barkovich serves as the Chief of Pediatric Neuroradiology in the UCSF Department of Radiology and Biomedical Imaging. He specializes in the diagnosis of neurological disorders in infants and children. His main research interests include neonatal brain injury and the use of magnetic resonance (MR) to better understand both normal brain development and to recognize and classify genetic disorders that underlie abnormal brain development.

Dr. Barkovich’s research established correlations between MR findings and the outcome in affected patients. He has 385 published articles, and has authored or co-authored 9 textbooks and 41 book chapters, and he has written and contributed to a collective of more than 400 research documents.

• Certificate of Added Qualification in Neuroradiology (1996, 2006)