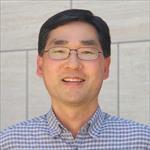 A central question in cancer genetics is how variations in DNA sequence (genotypic heterogeneity), dispersed across a multitude of genes and proteins, elicit similar phenotypes and patient outcomes. However, different genetic drivers of a trait often aggregate, rather than randomly located, in the molecular networks such as those that underlie protein complexes, signaling pathways, or chromatin architecture, emphasizing the importance of network-based approaches in cancer research. This research investigates protein-protein and genetic interactions, using the large-scale proteomics and genomics, to dissect functions of protein complexes and biological pathways during cellular proliferation and/or tumorigenesis as they are formed and turned on. Stepping closer to translational research, this study will allow us to identify a novel key regulator(s) of significant clinical relevance for multiple cellular proliferation and oncogenic pathways, for which new and effective therapeutic strategies could be developed.

Proteins of different activities are often derived from a single gene by alternative polyadenylation and termination, and many bacterial operons are controlled by attenuation, which manifest the importance of transcription termination in gene regulation. However, the mechanisms that terminate transcription are less well understood. The goal of this research is to define the functional interactions between various protein factors and RNA polymerases to understand the regulation of transcription termination and its fundamental roles in gene expression and RNA 3’-end processing. Ultimately, this study will be able to lead us to manipulate termination, so that we can develop potential therapies for genetic disorders caused by aberrant termination and RNA processing.