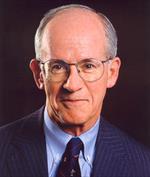 Dr. Schroeder is Distinguished Professor of Health and Health Care, Division of General Internal Medicine, Department of Medicine, UCSF, where he also heads the Smoking Cessation Leadership Center. The Center, funded by the Robert Wood Johnson Foundation and the Truth Initiative, works with leaders of more than 80 American health professional organizations and health care institutions to increase the cessation rate for smokers. It has expanded the types of clinician groups that support cessation, developed an alternative cessation message (Ask, Advise, Refer), created new ways to market toll-free telephone quit lines, and engaged the mental health and addictions treatment community for the first time. The Center's current work is focused especially on how to reduce the huge health burden from smoking that falls upon those with mental illnesses and/or substance abuse disorders. SCLC works collaboratively with SAMHSA, HRSA, the CDC, and multiple health professional groups to provide technical assistance to help strengthen smoking cessation capabilities. The Center has also facilitated summit meetings involving 18 states that conduct tobacco cessation summits enabling states to achieve targeted reductions in smoking rates among behavioral health populations.

Between 1990 and 2002, Dr. Schroeder was President and CEO of the Robert Wood Johnson Foundation. During that time the Foundation made grant expenditures of almost $4 billion in pursuit of its mission of improving the health and health care of all Americans. It developed new programs in substance abuse prevention and treatment, care at the end of life, and health insurance expansion for children, among others. Dr. Schroeder graduated with honors from Stanford University and Harvard Medical School, and trained in internal medicine at the Harvard Medical Service of Boston City Hospital and in epidemiology as an EIS Officer of the CDC. He held faculty appointments at Harvard, George Washington, and UCSF. At both George Washington and UCSF he was the founding medical director of a university-sponsored HMO, and at UCSF he founded its division of general internal medicine. He is a director of, the Marin General Hospital, the Marin Community Foundation, Mathematica Policy Research, and the Robina Foundation, and former member of the editorial board of the New England Journal of Medicine (for 19 years) and former chair of the Health Care Services Board of the Institute of Medicine (now National Academy of Medicine). He formerly chaired the American Legacy Foundation (now Truth Initiative), was a Council member of the Institute of Medicine, an Overseer of Harvard, President, the Harvard Medical Alumni Association, and director of the James Irvine Foundation. In 2014 he was named a public member of the Congressionally-mandated federal Interagency Committee on Smoking and Health. He has won numerous awards, including six honorary doctoral degrees and the Gustav O. Leinhard Award from the National Academy of Medicine. He and his wife Sally live in Tiburon, CA. They have two physician sons and four grandchildren.

Paradox of Cigarette Sales in Pharmacies Focus of New Movement