A Commitment to Cancer Research and Care

UCSF has a long and continuing history of excellence in cancer research and care.  The first attempt at coordinating cancer at UCSF was a collaboration between the UC School of Medicine, the city and county of San Francisco and the National Cancer Institute in 1947 with the Laboratory of Experimental Oncology. The Consultative Tumor board is pictured discussing UC cancer cases at Parnassus, ca. 1952. Chairman of the Board is Dr. David A. Wood (standing), who later became head of the cancer Research Institute at UCSF.
Courtesy UCSF Library

Following on the LEO's heels, the tradition of cancer-related research at UCSF owes much to the vision of David A. Wood, MD, who in 1948 was appointed as the first director of the UCSF Cancer Research Institute. Wood felt that the key to curing cancer is "the multidisciplinary approach, both clinical and basic scientists working together." That philosophy is still the core of UCSF's efforts. Seminal contributions in cancer research at UCSF include, notably, the work of Drs. J. Michael Bishop and Harold Varmus, who were awarded the 1989 Nobel Prize in Medicine for their discovery of oncogenes, and Dr. Elizabeth Blackburn, who was awarded the Nobel Prize in 2009 while at UCSF for her groundbreaking work on the molecular nature of telomeres.

The Cancer Center achieved status in December 1999 as an NCI-designated "comprehensive cancer center," the highest of three designations. NCI-designated cancer centers are characterized by scientific excellence and their ability to integrate a diversity of research approaches to focus on the problem of cancer. In addition to undertaking novel laboratory-based and clinical research, as well as maintaining excellent clinical care programs, comprehensive cancer centers must integrate cancer prevention, control, and population sciences. Through these combined activities, comprehensive cancer centers play an important role in their communities and regions and serve to influence standards of cancer prevention. In November 2007, the Center was renamed the UCSF Helen Diller Family Comprehensive Cancer Center in tribute to Bay Area resident Helen Diller and her family's trust in UCSF's ability to rapidly translate cancer discoveries into compassionate care.

The Cancer Center continues a growth period made possible nearly a decade ago by an anonymous pledge of $150 million. In addition to expanding the Center’s infrastructure for experimental therapies the gift has augmented clinical research activities including the launch of an early-phase trials unit and improved efforts in medical informatics. As a result of these efforts, UCSF has seen a 79% growth in clinical trial accruals since 2007.  At the same time, the Center expanded its profile within the University in 2009 with the opening of a new laboratory research building at the UCSF/Mission Bay campus.

At Mission Bay, the University continues to realize a multi-decade expansion plan that doubled its fundamental research enterprise.  In 2015 the Bakar Cancer Hospital,  part of a 289-bed medical center complex, opened to patients.  This state-of-the-art facility features lasers, robotics, telemedicine systems and other advanced technology of today, with room to accommodate the innovations of the future. 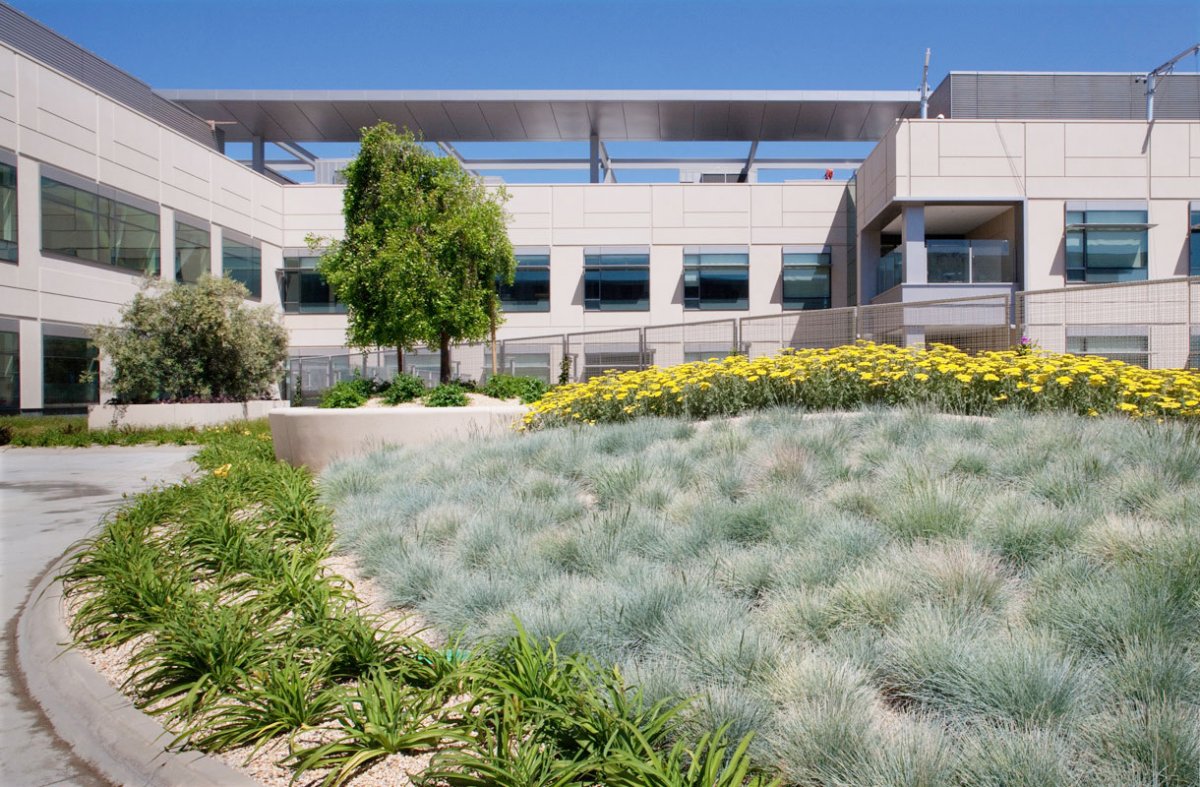 The opening of the new hospital represents a projected 40% growth in cancer surgery, as well as the co-localization of research and clinical care. Featuring 58 acute and 12 intensive care beds, the new hospital includes 12 operating rooms with state-of-the-art, intra-operative imaging and robotics; tissue acquisition capabilities; a linear accelerator; and capacity for HDR brachytherapy. Outpatient services are being moved to Mission Bay in a phased process. The UCSF Benioff Children's Hospital accommodates the Center's Pediatric Oncology Program.

The overarching goal of the Cancer Center is to shepherd new approaches to cancer prevention, detection, and treatment into clinical and population settings, where they can be tested and evaluated. Multidisciplinary programs -- which include lab scientists, clinical investigators, providers of patient care, epidemiologists, and sociobehavioral scientists -- facilitate this process by focusing research on relevant issues to patients and persons at risk of cancer. Collaboration across disciplines ensures that insights gained in the lab can move quickly and effectively to cancer patients’ bedsides and to cancer prevention and control programs.

Many of the Cancer Center’s research programs are organized around organ or disease sites, but because cancers also have common causes and underlying similarities, other programs address overarching themes such as defects in cell cycle control, involvement of immunologic mechanisms, and global changes in gene copy number and chromosome arrangement. Exemplifying the breadth and depth of UCSF’s research strengths is its SPORE grant (Specialized Programs Of Research Excellence), sponsored by the National Cancer Institute. SPOREs are prestigious initiatives that engage lab-based and population scientists, clinical investigators, and advocates in focused areas of research.

UCSF is home to three of the five SPOREs awarded to institutions in California: a Brain Tumor SPORE has been led by Mitchel S. Berger, MD since 2002, a DHART (Developmental and HyperActive Ras Tumor) SPORE co-led by Kevin Shannon, MD and D. Wade Clapp, MD (Indiana University School of Medicine),was granted in 2015, while a newly established UCSF-based Head and Neck Cancer SPORE research, conducted in collaboration with UPCI SPORE colleagues, will be lead by Jennifer R. Grandis, MD, who was named associate vice chancellor of clinical and translational research at UCSF in October 2014.

As an example of the Center’s large and expanding program of epidemiologic and population-based research, a Bay Area Breast Cancer and the Environment Research Center studies the impact of prenatal-to-adult environmental exposures that may predispose women to breast cancer. The Center’s research programs are supported by a variety of shared resources, or cores, which represent state-of-the-art support services and technology for clinicians, laboratory scientists, epidemiologists, and sociobehavioral scientists. The Cancer Center holds a special relationship with Lawrence Berkeley National Laboratory, which leverages unique strengths at both institutions and encompasses mutual interests in cancer research and technological discovery.

In addition to its research initiatives, the UCSF Helen Diller Family Comprehensive Cancer Center sponsors a wide variety of programs and services in the areas of community outreach, education, and information dissemination. Many community outreach activities are focused on cancer prevention and control. Other outreach activities include free support groups, workshops, and wellness programs; faculty collaborations with local public schools; sponsorship of community-based conferences and programs; and provision of community-based research studies that have outreach components. The Center’s genetic risk initiative is a unique area of emphasis that integrates researchers and clinicians. As researchers continue to unravel the genetic basis of cancer formation and progression, an increasing number of inherited characteristics have been identified that confer risk for cancer in individuals.

At UCSF, risk assessment is provided for several cancer types, including breast, colon, prostate, and ovarian, and counseling is provided for individuals at risk. Other educational activities include programs geared to laboratory and population scientists, clinicians, and allied health professionals. Scientific symposia attract nationally known cancer researchers; regular scientific seminars bring esteemed researchers to UCSF for discussion and collaboration; and Continuing Medical Education conferences have an important impact on the health care community in California and nationally.

Clinical Research: Hope for the Future

UCSF’s investigators aim to test the scientific insights gained in the lab against the real-world standards of patient care and disease prognosis. Clinical trials of new pharmaceutical agents and gene therapies, as well as improvements on existing drug regimens and radiotherapeutic treatments, pose hypotheses and answer questions for both physicians and patients. UCSF researchers participate in national cooperative groups, through which widely available clinical trials can provide conclusive data on promising therapies. They also design their own protocols for studies that follow closely on lab research and provide “proof of concept” for cutting-edge approaches. Just as the Center’s philosophy is based on collaboration among basic scientists and clinical health care providers, ultimate progress in the struggle against cancer will come from collaboration among scientists and cancer patients themselves.