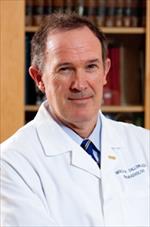 Dr. Dillon received the Francis A. Sooy, MD teaching award for Clinical Excellence from the Department of Otolaryngology, UCSF in 1993, and the J. Elliott Royer award for contributions to clinical neurology in 2011. He was also the recipient of the Outstanding Researcher Award from the American Society of Neuroradiology in 2014. He has been elected as one of the Best Doctors of America every year since 1995.

His interests are varied and include imaging of the head and neck, spinal pain management, imaging of stroke, vascular diseases of the brain, and imaging of brain tumors.

• American Board of Radiology (1982-Present)

• American Board of Radiology (1982-Present)