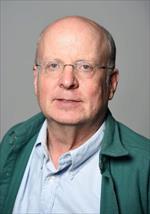 Formation and regeneration of epithelial organs.

The Mostov Lab wants to understand how the shape, structure, and size of organs are determined during development, as well as how we can use that knowledge to foster the regeneration of damaged organs. Epithelia are the most common type of tissue in animals. Epithelial cells form sheets of cells that line surfaces and internal cavities. Most internal organs, such as the respiratory, digestive, genito-urinary and vascular systems, consist of a network of tubes that are lined by a single layer of epithelial cells, surrounded by other tissue types, such as muscle, neurons and connective tissue. We are studying how these epithelial tubes form and how they regenerate. We are using as models the tubes in several mammalian organ systems, such as the kidney and digestive system.

We are particularly interested in how the size of tubes is regulated and how this impacts regeneration. For instance, the mammalian small intestine consists of villi that project into the lumen of the intestine to increase the surface area available to absorb nutrients from the intestinal lumen. In between the villi are crypts, outpouchings of the wall of the small intestine. Epithelial stem cells are located at the base of the crypts. Some daughters of the stem cells differentiate and move up the crypts into the villi and are eventually shed from the tips of the villi. A single crypt stem cell can regenerate an entire crypt-villus structure.