Clearing the Air on E-cigarettes: Q&A with Dr. Stanton Glantz 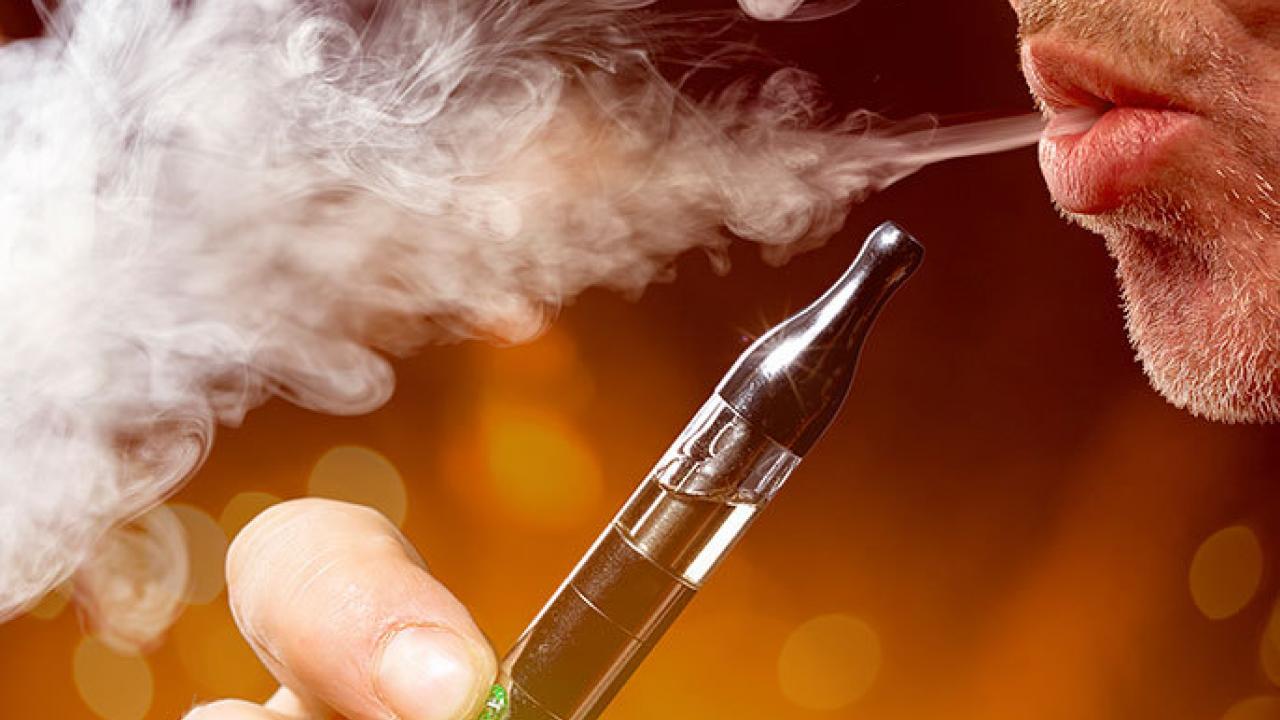 Also, all ENDs products on the market since 2007 must undergo a federal review. The new rules cement the FDA’s authority over all tobacco products, including some not previously covered such as hookah and pipe tobacco, and cigars.

Stanton A. Glantz, PhD, director of UCSF’s Center for Tobacco Control Research and Education; and co-leader of the Tobacco Control Program at the UCSF Helen Diller Family Comprehensive Cancer Center, talks about the regulations and what the FDA should do next.

Stanton A. Glantz, PhD, is director of UCSF’s Center for Tobacco Control Research and Education; and co-leader of the Tobacco Control Program at the UCSF Helen Diller Family Comprehensive Cancer Center

Q. Was this ruling expected? What is the most significant part of it in terms of public health?

A.  This rule has been in the works for over four years.  Health groups have been very frustrated over how long it has taken.

The most significant part of the rule is what is not there.  The White House deleted 17 pages from the final rule making the scientific case for restricting menthol and flavors that are so attractive to kids.  That would have had important positive health impacts not only on youth, but also African Americans and women whom the industry targets with menthol.

Q. What are the current trends in e-cigarettes use by teens in California and nationally? Are there any statistics for the Bay Area?

Q. Does current research offer consensus on teen use of e-cigarettes in terms of whether they are a gateway to traditional tobacco products?

A.  Yes.  UCSF investigators published the first study suggesting that kids who used e-cigarettes and experimented with conventional cigarettes were more likely to move on to go on to become established smokers. Since then, there have been seven longitudinal studies that followed kids forward in time. Overall, they showed that kids who started with e-cigarettes were three times more likely to be smoking conventional cigarettes a year later than kids who did not use e-cigarettes.  (The CDPH has an ad educating the public about this point.  Look at Gonna Getcha at http://tobaccofreeca.com/resources/# )

Q. Is there research on the effects of nicotine on the adolescent brain? What do we know? What don’t we know?

A.  Nicotine, which mimics the chemical that nerves communicate with, has particularly strong effects on the developing adolescent brain.  The younger a person is when they start using nicotine the more likely they are to become addicted, the longer they will smoke, and the harder time they will have quitting.

Q. What effect is the ruling likely to have on the use of e-cigarettes by teens?

A.  Very little, for two reasons. As noted above, the Obama White House dropped the rules on menthol and flavors; and California has a minimum age of 21 for purchasing tobacco products, which is older than the FDA’s 18.

Q. How significant is the requirement that all ENDs products on the market since 2007 undergo federal review?  Is the first step in regulating those products at all?

A.  It is a first step, but a very slow one.  The rule gives industry two to three years to comply. Things will   likely drag on slower than that.

Q. Where is research headed in terms of evaluating e-cigarettes as either a safer alternative to smoking or as a smoking cessation tool?

A. The evidence to date, including our own research, is that e-cigarettes inhibit, rather than help, smoking cessation.  While a puff on an e-cigarette delivers fewer cancer causing chemicals than a puff on a conventional cigarette, the levels of ultrafine particles that cause heart and lung disease are as high or higher than for a conventional cigarette.  And to the extent that e-cigarettes are bringing new kids into the nicotine market and discouraging adult quitting, they are making the tobacco epidemic worse.

Q. Why do researchers in the US and the UK differ on the safety of e-cigarettes?

Q. Are there other steps you would like the FDA to take regarding e-cigarettes?

A.  The White House should let the FDA implement the 17 pages of deleted materials regulating menthol and flavors.  The FDA should also clamp down on unsubstantiated but widely made “therapeutic” claims that e-cigarettes help people quit smoking until there is evidence that they actually work for most people.  The FDA could also mount an aggressive educational campaign on e-cigarettes modelled on the California Department of Public Health’s Still Blowing Smoke campaign.   http://stillblowingsmoke.org/