New Approach Attacks 'Undruggable' Cancers from the Outside In 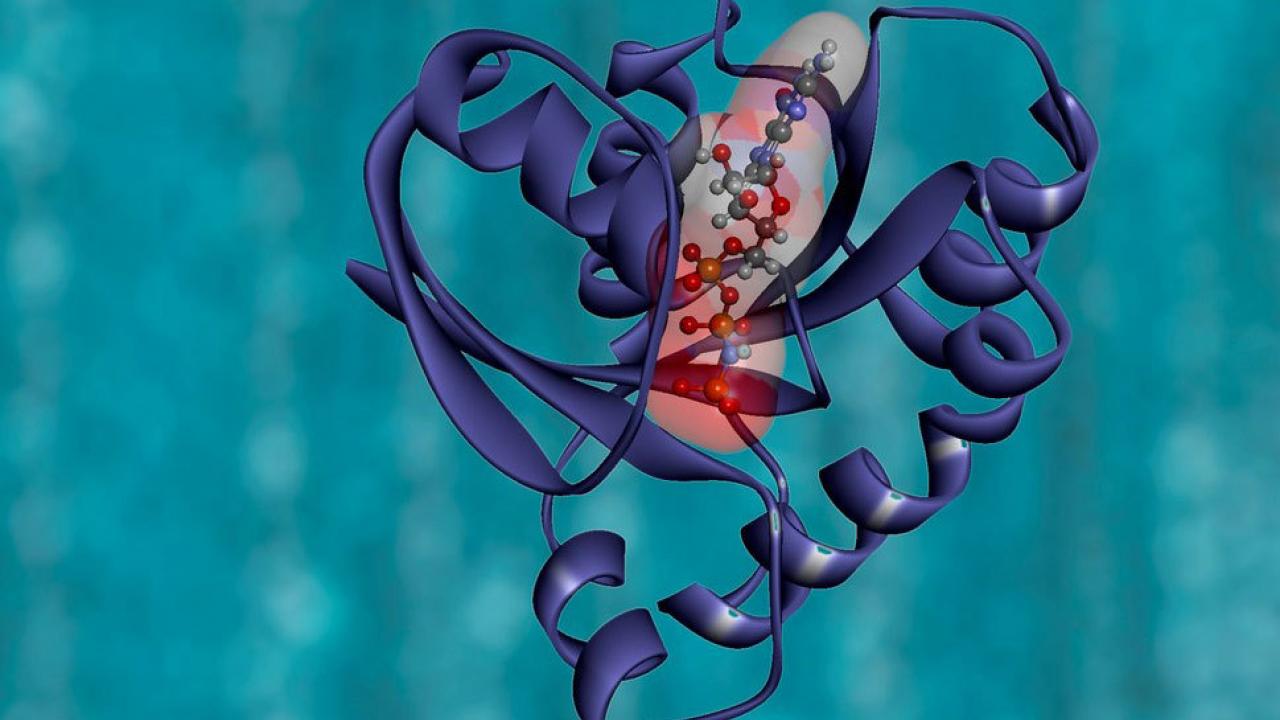 RAS is a family of related proteins that is expressed in all animals. KRAS is one of three RAS genes found in humans. RAS genes are mutated in approximately one-third of all human cancers. Image courtesy the NCI.

Cancer researchers have made great strides in developing targeted therapies that treat the specific genetic mutations underlying a patient's cancer. However, many of the most common cancer-causing genes are so central to cellular function throughout the body that they are essentially 'undruggable'. Now, researchers at UC San Francisco have found a way to attack one of the most common drivers of lung, colorectal, and pancreatic cancer by targeting the proteins it produces on the outside of the cell.

Their study, published January 23, 2018 in the journal eLife, reveals that cancer-causing mutations in RAS, a family of genes found in all animal cell types, creates tell-tale changes in a community of proteins on the surface of cancer cells. The researchers show that attacking these cells from the outside in - by targeting the altered proteins with antibodies - could be a viable therapeutic approach for previously undruggable cancer targets.

RAS serves as a major communication hub that relays information from outside the cell to as many as 12 different signaling pathways inside the cell, including the MAPK and PI3K pathways, which then collectively induce changes to our cells. Nearly one third of all human malignancies are caused by one of the three RAS isoforms (KRAS, NRAS and HRAS) being activated by a mutation, making RAS an important focus in cancer research.

"While there are intense efforts to target signaling pathways within the cell, very little is understood about how RAS signaling can regulate the set of proteins expressed on the surface of a cell at any time," said senior author James Wells, PhD, professor of pharmaceutical chemistry and member of the Helen Diller Family Comprehensive Cancer Center at UCSF. "More studies in this area would help us understand how mutations in RAS signaling drive malignancy, and may point to novel targets for antibody and cellular-therapy-based treatment in RAS-driven cancers."

Wells, who holds the Harry Wm. and Diana V. Hind Distinguished Professorship in Pharmaceutical Sciences at UCSF, began looking into the influence of RAS signaling on the proteins present on the surface of cells. Using an analytical technique called mass spectrometry, his team studied a particular cell line called MCF10A and discovered a signature of surface proteins that change when cells are transformed with a KRAS mutation called KRAS G12V, and driven by MAPK pathway signaling.