The Skin Care Myth That Harms People of Color 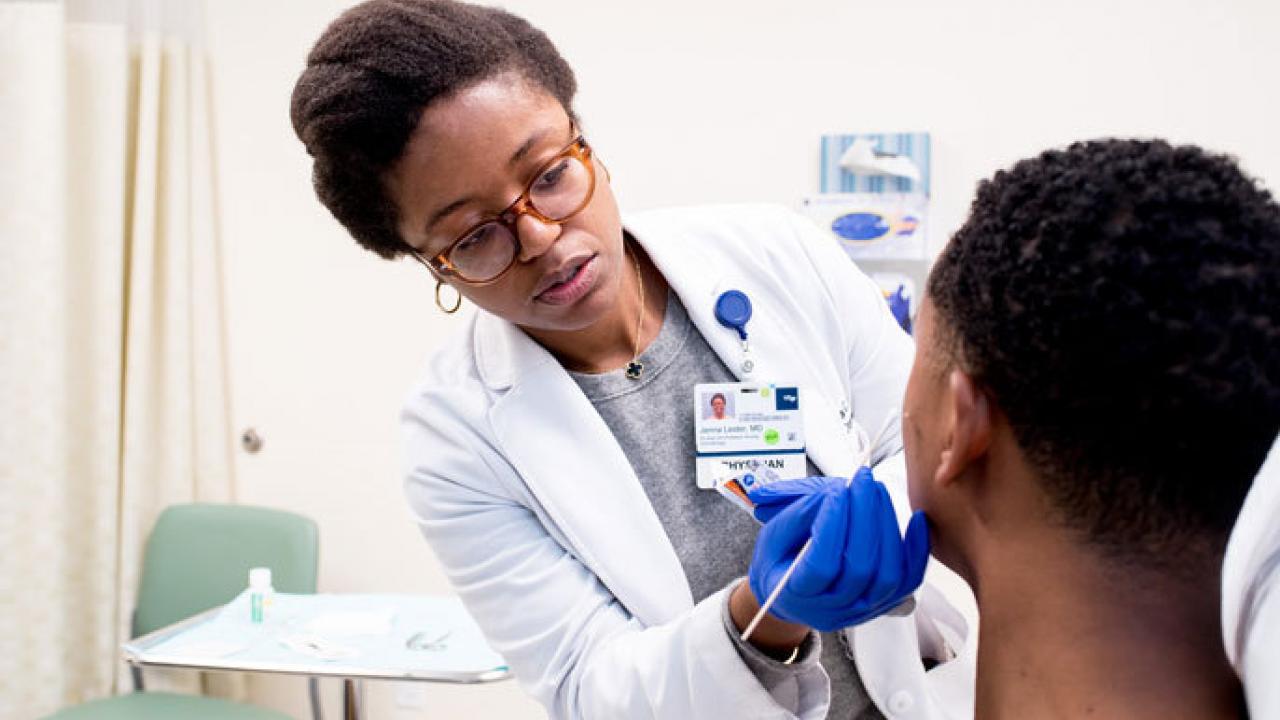 Summer’s here and that means it is time to bust one of the biggest sun protection myths out there: that people with darker skin don’t need sunscreen.

Skin cancer can strike anyone — and exposure to the sun’s ultraviolet rays is a leading risk factor.

“There’s a common colloquial phrase, ‘black don’t crack’ — meaning your skin will always be good. You won’t get wrinkles and you don’t need sunscreen if you have melanin-rich skin,” said Dr. Jenna Lester, a board-certified dermatologist at UCSF.

Lester is here to tell you that’s flat wrong. Too much sun can cause some of the most common problems that people with darker skin tones face, including hyperpigmentation and melasma. Dark skin is also no guarantee that you won’t get skin cancer — and being unaware of that fact can be fatal.

“Melanoma, the most dangerous form of skin cancer, is less common among people of color, but they have a much higher rate of dying from it,” Lester said. “That has to do with this misinformation about darker skin. They may not even know skin cancer is a possibility.”

Music legend Bob Marley was just 36 when he died from an aggressive form of melanoma that primarily affects people of color.

In fact, African Americans have the lowest survival rates for melanoma of any racial group in the U.S. The disease is more likely to be detected at a later stage, when it is much harder to treat. The five-year survival rate for black people with a melanoma diagnosis is just 66 percent, compared to 90 percent for white people.

Melanin, the pigment that influences skin color, provides some protection from the sun’s damaging rays, but people with darker skin still need to take precautions. They should also learn the warning signs of skin cancer and how to protect their skin.

The cancer that killed Marley, for example, often appears as a small lesion on the palms of the hands, the soles of the feet or under the nails. In Marley’s case, he had a small sore under a toenail that he thought was a sports injury. By the time it was diagnosed, the cancer had spread.

Last fall, recognizing that communities of color face serious health disparities in dermatology care, Lester opened UCSF’s Skin of Color clinic. It’s one of just a handful of dermatology offices around the country designed specifically to meet the needs of people with melanin-rich skin.

“Patients would walk into the room and say, ‘I’ve never had a black dermatologist before,’” Lester said. “There was a level of comfort that they could achieve, even without me saying anything to them.”