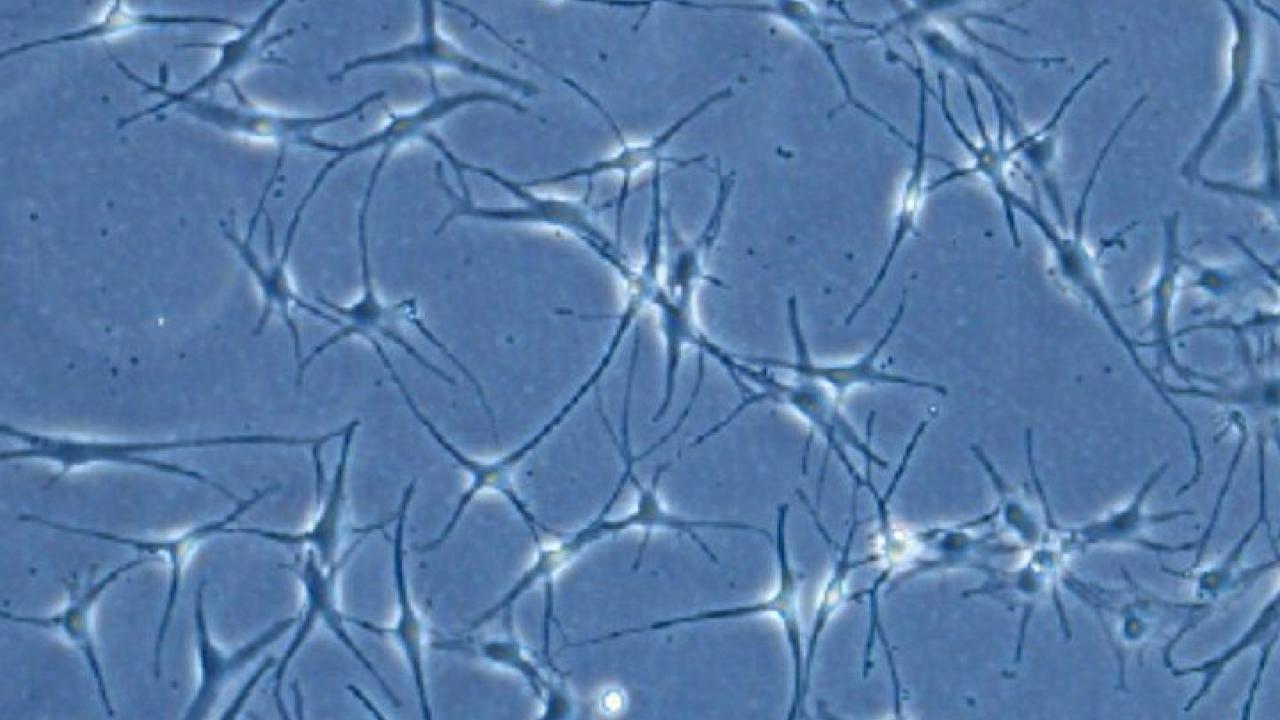 Melanoma arises in a type of skin cell called a melanocyte, seen here in a tissue culture. Image by Hunter Shain

Risk for melanoma, the most deadly skin cancer, can be estimated long before detection of any suspicious moles, according to a UC San Francisco scientist who led a new study to detect DNA mutations in individual skin cells.

Skin damage from the sun builds up over time but is often not obvious to the eye. However, DNA within skin cells also accumulates damage over years of exposure to the sun’s ultraviolet rays, and this damage can be measured.

The genomic methods used to probe skin damage in the new study could be developed to be used to estimate baseline melanoma risk for individuals in the general population, and to make recommendations about how often someone should be screened for cancer by a dermatologist, according to senior author  A. Hunter Shain, PhD, assistant professor in UCSF’s Department of Dermatology. The study was published in Nature on Oct. 7.

“It turns out that a multitude of individual cells in so-called normal skin are riddled with mutations associated with melanoma, which are a result of sun exposure,” said Shain, a member of the UCSF Helen Diller Family Comprehensive Cancer Center. “Melanoma is an endpoint most often seen only after decades of mutational damage, but some people are at greater risk than others. With the techniques we have developed, those who have the most accumulated mutations can be monitored more closely and can choose to better protect themselves from sun exposure.”

Melanoma arises in a type of skin cell called a melanocyte, the focus of the Nature study. Melanocytes make the pigment melanin, which helps protect skin cells, including the much more abundant keratinocytes, from sun damage. But melanocytes pose the greatest risk when DNA damage causes them to grow out of control.

According to the American Cancer Society, melanoma rates are rising. In 2020 about 100,000 people in the United States will be diagnosed with melanoma and about 6,850 will die. The lifetime risk for melanoma is about 1 in 38 for whites, 1 in 1,000 for Blacks, and 1 in 167 for Hispanics. Melanoma can be surgically excised when detected early but is difficult to treat once it spreads.

In the Nature study, researchers sequenced melanocyte DNA in skin samples, one cell at a time, to tally mutations, with an emphasis on a handful of mutations that are the main drivers of the emergence and growth of melanoma. The samples came from six individuals, two melanoma survivors and four cadavers of persons never afflicted by melanoma. All were white. The researchers analyzed DNA from a total of 133 melanocytes from the back, head, legs, shoulder, buttocks and feet.