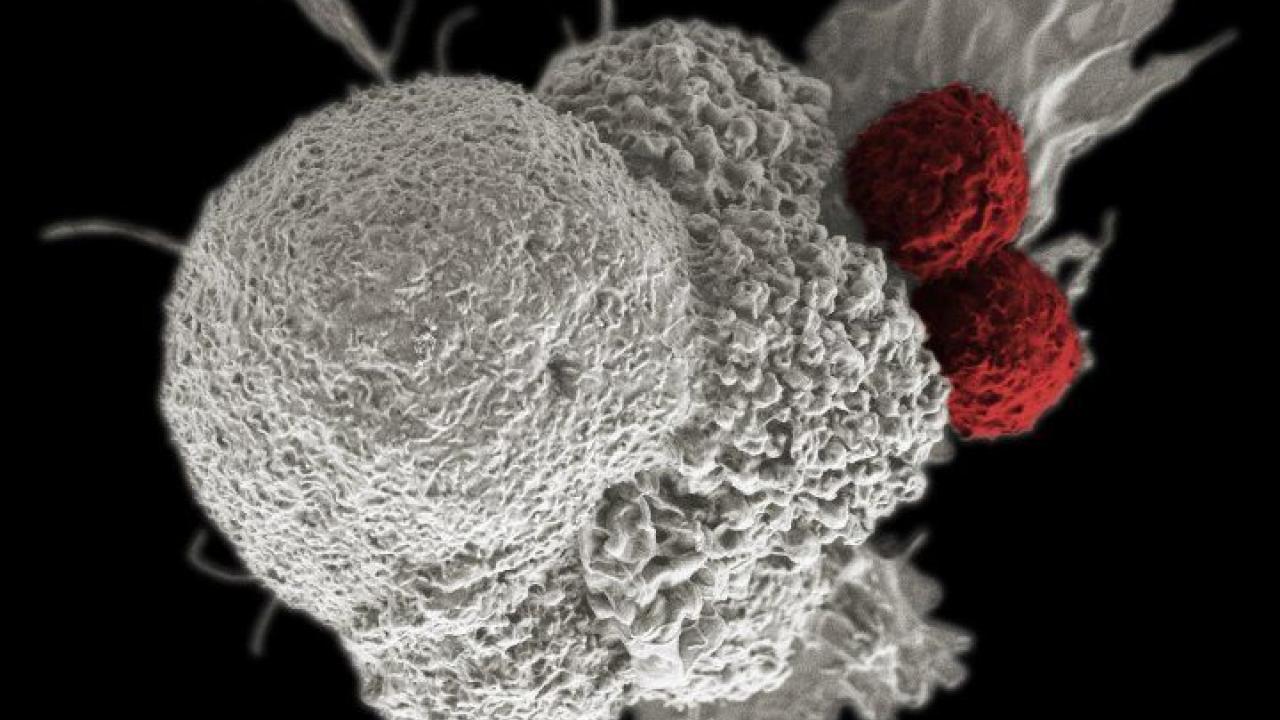 For all their importance as a breakthrough treatment, the cancer immunotherapies known as checkpoint inhibitors still only benefit a small minority of patients, perhaps 15 percent across different types of cancer. Moreover, doctors cannot accurately predict which of their patients will respond.

A new study finds that inherited genetic variation plays a role in who is likely to benefit from checkpoint inhibitors, which release the immune system’s brakes so it can attack cancer. The study also points to potential new targets that could help even more patients unleash their immune system’s natural power to fight off malignant cells.

People who respond best to immunotherapy tend to have “inflamed” tumors that have been infiltrated by immune cells that are capable of killing both viruses and cancer. This inflammation is also driven by the immune signaling molecule interferon.

“There are some factors that are already associated with how well the immune system responds to tumors,” said Elad Ziv, MD, professor of medicine at UCSF and co-senior author of the paper, published Feb. 9, 2021, by an international team in Immunity. “But what’s been less studied is how well your genetic background predicts your immune system’s response to the cancer. That’s what is being filled in by this work: How much is the immune response to cancer affected by your inherited genetic variation?”

Up to 20 Percent of Variation Based on Genes

The study suggests that, for a range of important immune functions, as much as 20 percent of the variation in how different people’s immune systems are able to attack cancer is due to the kind of genes they were born with, which are known as germline genetic variations.

That is a significant effect, similar to the size of the genetic contribution to traits like high blood sugar levels or obesity.