AIDS at 40: Forty Years of One Pandemic and Then Another 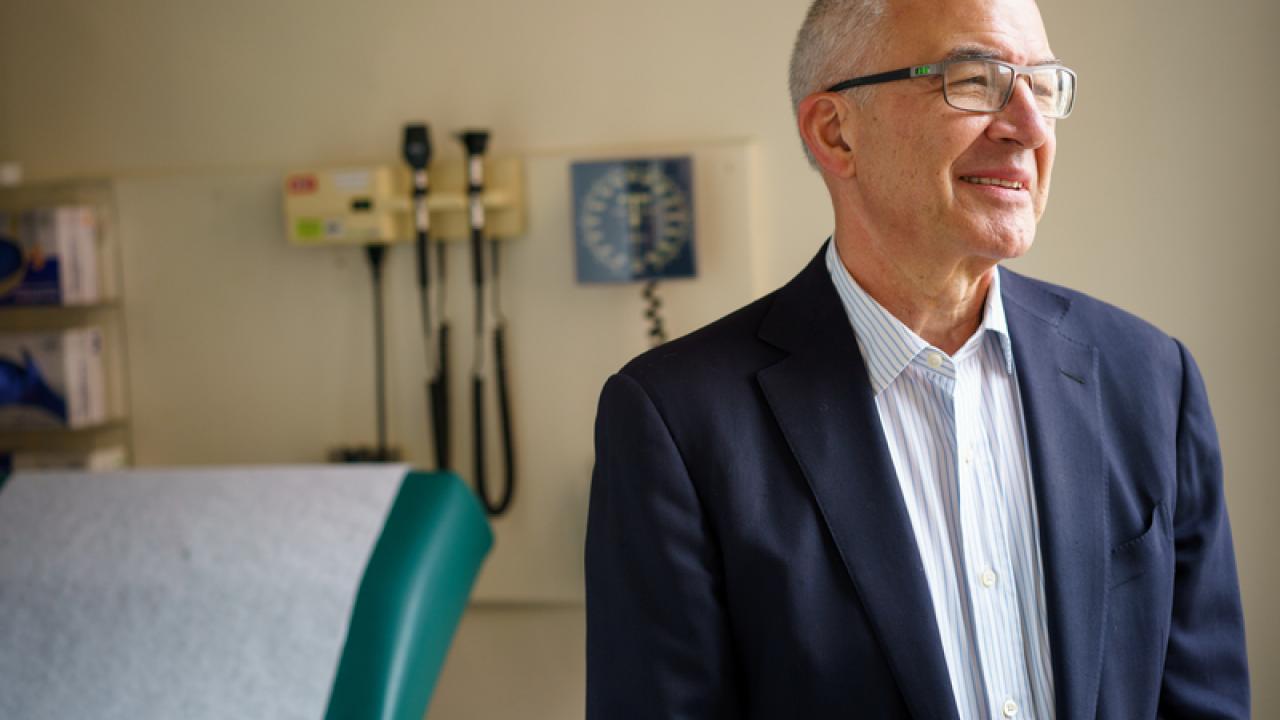 This story is one in a series of first-person perspectives from those who are working on the frontlines to better understand, treat and prevent transmission of HIV and AIDS as well as COVID-19. You can read more about the 40 years of AIDS in SF and how it has shaped the COVID-19 response.

The San Francisco response to the early AIDS epidemic evolved with the changing needs of a new and frightening infection sweeping through parts of our community. While HIV did infect thousands, particularly sexually active gay men, it did so quietly and the devastating disease, AIDS, only appeared years later.

This is in stark contrast to COVID-19, of course, with its explosive outbreak which, unlike HIV, spares almost no one from the risk of infection. But HIV has a very dark side. It's hard to believe that HIV, if it’s untreated, kills essentially 100 percent of those infected. It's much worse than Ebola, much worse than smallpox. HIV is the most lethal infection we’ve ever seen.

I arrived in San Francisco in 1978 to finish my medical training. I was planning a career in cancer care and research and working in Jay Levy’s lab but realized I was really more interested in patient care and accepted a clinical position at San Francisco General Hospital (SFGH) to build an oncology division.

The dramatic change from the early days to today, when AIDS is truly a chronic condition, is one of the most amazing stories in medicine.

My first day as a faculty member was July 1, 1981. While reviewing patients with cancer, I encountered a 22-year-old man with disseminated Kaposi’s sarcoma and severe wasting. This condition was unheard of, until it was reported in a short story just three days later in the New York Times and then two weeks later in the U.S. Centers for Disease Control and Prevention’s publication MMWR. A new disease had appeared and there were no rule books on how it should be managed.

I almost immediately began to work closely with Constance “Connie” Wofsy, who had an interest in infectious diseases as the patients we began to see in rapidly growing numbers almost all had unusual infections as well as cancers. We opened our “clinic” on Ward 5B in rooms used by housestaff and students as sleeping rooms at night.

By late 1982, it was becoming clear that AIDS was caused by a new infection, probably a virus, and that we couldn’t be sure it was safe for trainees to sleep in beds we used as examination tables during the day! We were given unoccupied space in one of the outlying buildings (on the sixth floor of Building 80), and the world’s first dedicated AIDS clinic known as Ward 86 opened on January 1, 1983. Ward 5B, which opened in the middle of that year with the help of Cliff Morrison, became the world’s first AIDS inpatient unit.