An atlas of oesophageal cancer development 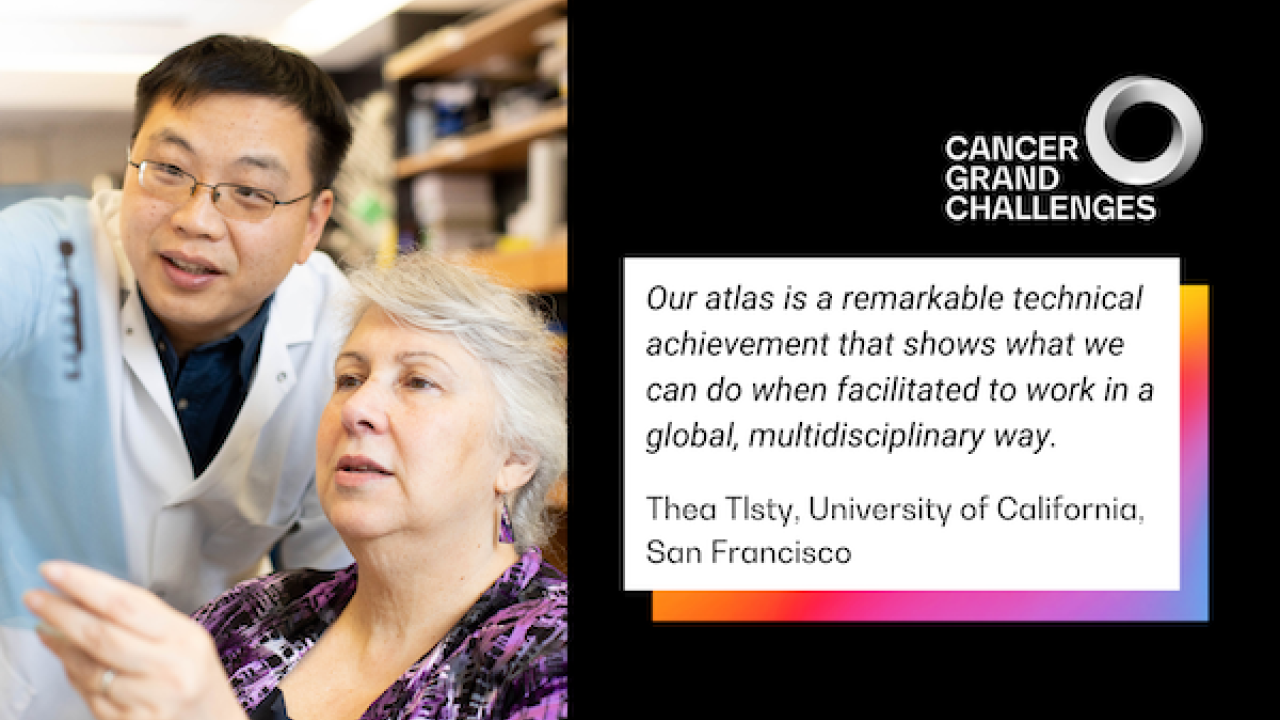 From the team taking on our Cancer Causes challenge, a new integrated atlas of the stromal and epithelial interactions that drive cancers associated with chronic inflammation provides a new way to understand cancer types with the poorest survival.

Inflammation – the immune system’s normal response to injury and infection – was first linked to cancer more than 150 years ago. But despite its connection to an astounding 20% to 25% of cancer deaths worldwide, very little is known about how chronic inflammation drives cancer development. The STORMing Cancer team chose to unravel this longstanding riddle when taking on our Cancer Causes challenge.

Their approach focuses not only on the tumour cells themselves but also on their interactions with its inflamed microenvironment. This milieu comprises a web of connective tissue – the stroma, including blood vessels and the extracellular matrix – that profoundly influences epithelial cells and can coax healthy cells towards malignancy (or malignant cells towards normalcy). “Historically, the stroma’s role in cancer development has been overlooked; our hypothesis is that it’s actually the dominant driving force in the progression of chronic-inflammation-associated cancers,” explains team lead Thea Tlsty, of University California, San Francisco (USCF). "Having our programme funded was wonderful, in part because it has finally given recognition to the importance of the stroma.”

The lack of robust models that accurately mimic this overlooked aspect of human biology has been a major obstacle to understanding the relationship between cells and their inflamed surroundings. The team is now addressing this issue by constructing an integrated atlas of human tissue that maps the progression of chronic-inflammation-associated cancer, from normal tissue through all stages of inflammation, to tumour development, assessing the multiple parts of the tissue.

“Our atlas is a remarkable technical achievement that shows the breadth and depth of what you can do when facilitated to work in this global, multidisciplinary way,” says Thea.

Looking up answers in the atlas of cancer progression

The atlas will map the progression of oesophageal adenocarcinoma – which Thea describes as the ‘poster child’ for chronic inflammation in cancer. This progression often starts with acid reflux, which triggers an adaptive response to inflammation, known as metaplasia, which progresses to cancer in a small percentage of people. In a protective response, oesophageal cells are replaced with gastrointestinal cells, but this shift can increase the risk of dysplasia, or abnormal growth. Between 3% and 13% of people with metaplasia later develop oesophageal adenocarcinoma.