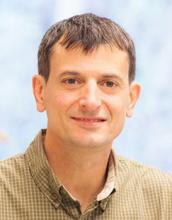 Our lab aims to dissect the molecular and cellular mechanisms regulating stem cells, mammalian development, and cancer progression. We use a combination of genetics, genomics, biochemistry, cell biology, and mammalian models. The lab has a strong history of training graduate students who have gone on to successful careers in the biomedical sciences, both in academics and in industry.

Exosome Regulation of the Antitumor Immune Response
We recently discovered that the immune checkpoint inhibitor PD-L1 can be secreted by cancer cells on the surface of small vesicles called exosomes. These exosomes can than travel to the draining lymph node of the tumor, where they suppress T cell activation, effectively blocking the antitumor immune response. Remarkably, short term or even just local inhibition of exosomal PD-L1 reactivates the anti-tumor immune response, which is then able to block growth of the local and distal tumors. For unclear reasons, exosomal PD-L1 is resistant to therapeutic antibodies both for PD-L1 itself and its receptor PD-1. Furthermore, the amount of exosomal PD-L1 released by cells varies between tumors, which we believe is a major reason for the differential response to current immune checkpoint therapies among patients. The lab is now pursuing multiple avenues directly arising from this work ranging from basic to translational biology. For example, we are interested in the control of PD-L1 packaging into exosomes, existence of other immunomodulators on exosomes, how exosomes interact with immune cells, and how can they be manipulated to produce novel therapeutics.

MicroRNA Regulation of Pluripotency, Early Mammalian Development, and Cancer
Our work in exosomes originated from our long-standing interest on the role of microRNAs (miRNAs) in cell fate regulation. We have largely focused on the role of two miRNA families, the ESCC and let-7 families. We have shown that ESCC miRNAs promote embryonic stem cell (ESC) self-renewal, suppress the G1-S checkpoint of the cell cycle, and can dedifferentiate somatic cells into induced pluripotent stem cells (iPSC). We have also shown that the ESCC miRNAs suppress phasic expression of genes during the different phases of the cell cycle. We have shown the let-7 miRNAs have the opposite effects. That is, they promote ESC differentiation, inhibit dedifferentiation into iPSCs, promote a G1-S checkpoint, and induce phasic expression across the cell cycle. We have also studied the roles of the ESCC miRNAs in vivo. We have shown that the ESCC miRNAs regulate the developmental timing of differentiation of both embryonic and extra-embryonic tissues. We are currently using single cell techniques to carefully dissect these in vivo roles in the developing embryo and placenta. We are also dissecting the mechanisms of action of the miRNAs by focusing on their downstream targets. In prostate cancer, we have been studying the role of miRNAs in disease progression and evaluating their potential utility as diagnostic/prognostic markers.

Transcriptional/Epigenetic of Stem Cell Self-Renewal and Differentiation
We have been using a combination of genetics, genomics, and biochemistry to study the transcription/epigenetic regulation of cell fate during early mammalian embryonic stem cell differentiation. We have been particularly interested in the rewiring of genome as pluripotent cells prepare for lineage diversification. Focusing on changes occurring at enhancers we have been determining how transcription factors and their associated epigenetic factors regulate the surrounding chromatin including the remodeling and post-translational modifications of histones as well as the changing interactions between enhancers and their target gene promoters.