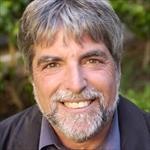 Jeffrey Bluestone, PhD, is the A.W. and Mary Margaret Clausen Distinguished Professor of Metabolism and Endocrinology and is the Director of the Hormone Research Institute in the Diabetes Center. His research over the past 25 years has focused on understanding the basic processes that control T cell activation and immune tolerance in autoimmunity and organ transplantation. He and members of his lab have developed soluble receptor antagonists; monoclonal antibodies and animals deficient in individual members of TCR and co-stimulatory pathways to define their individual roles in transplant rejection and autoimmunity including a special emphasis on a specialized subset of T cells termed “regulatory T cells” (Treg). Tregs control fundamental aspect of immune homeostasis. During the last several years, his research has adapted the animal studies using biologics and cell based therapies to develop therapeutics that can be used in humans with autoimmunity and under conditions of allotransplant rejection. Moreover, a strong role for antigen-specific Tregs have been found in these model systems and further evidence in humanized mice and transplant patients that alloantigen-specific Tregs are more effective. Thus, the major goal of this work is to identify the antigen-specificity of thymic- and peripherally-derived Tregs with the expectation that these TCRs can be adapted for immunotherapy. Finally, his lab initiated several projects to determine mechanisms that control Treg stability. The goal is to develop approaches using pharmacogenomics to either stabilize or destabilize Tregs in autoimmunity and cancer.

In March 2010 Dr. Bluestone was appointed executive vice chancellor and provost at the University of California San Francisco (UCSF) serving as chief academic officer guiding the research and academic enterprise advancing the campus priorities in close collaboration with the chancellor and the campus leadership teams, and to oversee the campus ethics and compliance enterprise. Previously he served in a number of posts including Director of theUCSF Diabetes Center, as Director of the Immune Tolerance Network.

In June 2008 Dr. Bluestone served as interim vice chancellor of research, directing the advancement of cross-campus research initiatives, such as enhancing core research facilities. In this capacity, he played a leading role in coordinating and integrating current research cores. He worked also to strengthen external research partnerships, particularly with industry, and focused on facilitating the translation of UCSF discoveries into public benefit.

In 2009, Dr. Bluestone led the UCSF committee to strategize and secure funds available through the American Recovery and Reinvestment Act, making the campus one of the top institutional recipients in the nation of science-based stimulus funds.

Dr. Bluestone joined the UCSF faculty in 2000. He is an international leader in the field of immunotherapy, with a stellar record of scholarly achievement and a decade of significant contributions to the research enterprise at UCSF, including the creation and directorship of an integrated UCSF Diabetes Center to focus on translating basic research in both type 1 and type 2 diabetes into improved therapies for patients. He also founded and directed the Immune Tolerance Network, a consortium of more than 1,000 of the world’s leading scientific researchers and clinical specialists from nearly 50 institutions, with the mission of testing new therapies to promote immune tolerance in transplantation, autoimmune diseases, asthma and allergic diseases.

As a research scientist, Dr. Bluestone has helped clarify the body’s immune response on a molecular level. His systematic investigation has catalyzed recent progress in stem cell research, islet cell transplantation and immune tolerance therapies – experimentation that has formidably translated into drugs to treat human disease.

Through his 30-year scientific career, he has authored more than 300 peer-reviewed publications that include prominent papers in Nature, Nature Immunology, and the Journal of Immunology and Diabetes. He has received numerous accolades for his work, including his 2006 election to the American Academy of Arts and Sciences, the Mary Tyler Moore & Robert Levine Excellence in Clinical Research Award from the Juvenile Diabetes Research Foundation, and the distinguished alumni award from the Cornell Graduate School of Medical Science.

Dr. Bluestone earned both his BS in biology and his MS in microbiology from Rutgers State University, and his PhD in immunology from the Cornell Graduate School of Medical Science (Sloan-Kettering Division)."