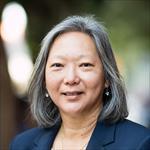 My research focus is on the development of novel therapies for patients, as well as the assessment of novel imaging markers of prognosis and response to therapy. As program leader for the Neuro-Oncology Program at the Helen Diller Family Comprehensive Cancer Center, my role is to provide the overall direction of the program and facilitate the interaction of the basic science and translational research programs with the clinical team to bring novel findings from the lab to the patient. I am the lead and contact PI for a P01 focused on integrating advances in physiologic and metabolic imaging with tissue biomarkers in order to optimize the management of patients with molecular subtypes of glioma. I am the overall Clinical Leader for the UCSF Brain SPORE grant as well as the Clinical Core Director and Co-PI of a SPORE project that addresses the evaluation of steady and dynamic metabolic imaging in glioblastoma.