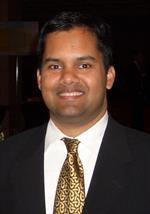 I am widely recognized for my expertise in autophagy, a tightly regulated cellular self-digestion process, and how this process regulates epithelial cell fate, oncogenic transformation, and carcinoma progression. I am a board-certified pathologist and completed post-doctoral training with Dr. Joan Brugge (Harvard Medical School), where I became known for my studies of oncogene regulation of cell death using three-dimensional (3D) organotypic culture systems. Since becoming faculty at UCSF in 2005, I have focused on the regulation of autophagy in cancer, publishing over 65 papers and invited reviews and receiving multiple extramural grants from the NCI, DOD, and private foundations. My laboratory pursues two broad goals: (1) to delineate the multifaceted roles of autophagy in adhesion independent survival and transformation in vitro, as well as on cancer progression and metastatic disease in vivo; and (2) to dissect the biochemical and in vivo physiological functions of the molecules that control autophagy (called ATGs) to ultimately exploit this process for therapeutic benefit.