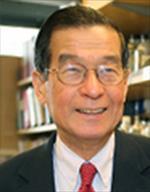 Research Summary: The research in our laboratory is focused on the study of two inherited blood diseases; sickle cell anemia and thalassemia. These two diseases constitute the most common genetic diseases in the world and they affect people of African, Mediterranean, Middle East, and Asian origins. At present, treatment mostly consists of treatment of symptoms and complications. Bone marrow or cord blood transfusion can be curative when compatible donors can be found. However, since most of these families have a small number of children, only a minority of patients can be treated by transplantation.

An effective way of preventing genetic diseases such as sickle cell anemia and thalassemia is by carrier screening, genetic counseling, and prenatal diagnosis. Our laboratory has been involved in prenatal diagnosis from the 1970s. Currently, amniocentesis and chorionic villus sampling is used to obtain DNA for diagnosis. We are investigating the isolation of fetal cells from the mother’s blood for testing so that an invasive procedure to the fetus can be avoided.
Out laboratory is also investigating gene and cell therapy for treating these conditions. In a thalassemia, the affected fetus usually dies in the third trimester or soon after birth. We have explored in utero gene therapy to treat this condition. Using a mouse model of alpha thalassemia that we have previously made, we introduced to the mouse embryo at the 14th day of gestation a lentiviral vector that contained the human alpha globin gene. Preliminary studies showed that human alpha globin was expressed at moderately levels. Our plan is to see if these vectors can rescue the fetal mouse affected by homozygous a thalassemia.

To apply this treatment for the human diseases, it will be necessary to use nuclear transfer in stem cells in order to avoid immunological rejection. However, nuclear transfer to make embryonic stem cell has not been successful in humans. Also, the procedure is complicated, requires egg donors from normal individuals and raises ethical concern. With the description of induced pluripotent stem (iPS) cells, we have now changed to this approach for the treatment of these conditions. Our laboratory has successfully made iPS cells from mouse and human fibroblasts by retroviral delivery of transcription vectors.

Currently, we are working on correcting mutation in these iPS cells and differentiate them into hematopoietic cells. The future goal to treatment is to take skin cells from patients, differentiate them into iPS cells, correct the mutations by homologous recombination, and differentiate into the hematopoietic cells and re-infuse them into the patients. Since the cells originate from the patients, there would not be immuno-rejection. In order to achieve this goal, several conditions must first be met. First, to convert the skin cell into IPs cell it is necessary to use retrovirus induction. However, integration of retrovirus may disturb vital gene functions. Second, a reliable way of differentiating iPS cells into hematopoietic cells has to be established. We feel strongly that this approach will provide a means for curing these diseases.