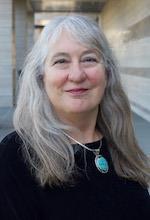 Donna Peehl, PhD, is an adjunct Professor in the Body Research Interest Group in the Department of Radiology and Biomedical Imaging at the University of California, San Francisco. She received her undergraduate degree in biology at Stanford University in California and completed her PhD in Molecular, Cellular and Developmental Biology at the University of Colorado in Boulder. During postdoctoral fellowship research at the University of California in Irvine and San Francisco, she investigated tumor suppressor genes and oncogenes in cancer. Prior to joining UCSF, Dr. Peehl became Professor Emerita at Stanford University, California, after 35 years as a basic scientist in the Department of Urology. She is widely recognized for her work in developing realistic and representative preclinical cell and tissue models of prostate and kidney cancer.

Dr. Peehl’s current studies focus on developing novel therapeutics for prostate and kidney cancer. In collaboration with investigators at UCSF and Stanford, she is testing novel inhibitors of the tyrosine kinase AXL and of the scaffold protein, IQGAP, for their anti-cancer activity in her patient-derived models of kidney cancer. Another project uses tissue slice cultures to investigate cancer-associated glycosylation as a novel immunotherapy target. Under the auspices of a new NIH U01 grant, Dr. Peehl is collaborating with Dr. John Kurhanewicz and others at UCSF to compare metabolism of four types of kidney cancer preclinical models by hyperpolarized molecular imaging.

Dr. Peehl has been the recipient of numerous grants from the NIH and Department of Defense (DoD) Prostate Cancer Research Program, and has received awards from the Prostate Cancer Foundation (formerly CaP CURE) to support her research. She has served as chair or scientist reviewer for many NIH and grant review panels and has reviewed or served on the editorial board for a large number of scientific journals. Her peer-reviews include over 200 articles and publications.