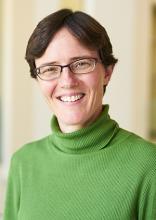 I am a Professor in the UCSF Departments of Neurological Surgery and Pathology, Director of the UCSF Brain Tumor Research Center Tissue Biorepository and Histology Core, Co-Director of the UCSF Neuropathology BTRC Biomarkers Laboratory, Co-Director of the UCSF Brain Tumor SPORE Biorepository, and Director of the Biospecimen and Biostatistics Core for a UCSF brain tumor-focused Program Project (P01). I received my MD and PhD in Neuroscience from the University of Pennsylvania School of Medicine in 2002, and I have over ten years of experience working in cancer and neuropathology. My research interests focus on studying how factors in the brain tumor microenvironment, including the extracellular matrix and immune cells, influence tumor development and invasion. I am the PI of an NINDS-funded R01 and an NCI-funded U01, and have published over 70 publications related to the development and therapy of brain tumors.