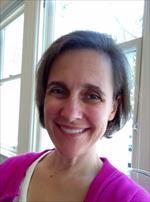 Dr. Apollonio is Professor in the Department of Clinical Pharmacy at the University of California, San Francisco. She has served as an instructor and research mentor in the UCSF School of Pharmacy since 2004, and has earned multiple teaching awards. Her research focus is the translation of research into policy. She is particularly interested in the political and marketing activities of industries implicated in the spread of non-communicable diseases, which include tobacco, pharmaceuticals, cannabis, alcohol, and food. Her recent work addresses tobacco control in vulnerable populations, the combined use of tobacco and cannabis, the spread of laws addressing new tobacco and cannabis delivery systems, and policies that allow substitution of cannabis for opiates. Her research also considers the ways that clinical findings are used in developing policy interventions and communicating knowledge from scientists to the public, and identifies methods to increase the role of evidence in making public health policy decisions. The analysis underlying these findings relies on multiple data sources (including clinical research findings, surveillance datasets, internal industry documents, administrative datasets, and interviews) and uses both qualitative and quantitative methods to identify how policies affecting public health are made. Her work has been published in journals across disciplines, including law, medicine, pharmacy, political science, public health, and public policy. Her training includes a postdoctoral appointment at the UCSF Center for Tobacco Control Research and Education, a Ph.D. in Political Science from the University of California, Berkeley, and a Master in Public Policy from Harvard University. In 2014, she became Associate Director of US Cochrane West, a branch of the Cochrane Collaboration. She also serves on Cochrane’s Funding Advisory Panel, which identifies and addresses potential conflicts of interests among authors of systematic reviews.