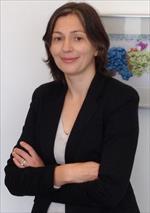 Our group investigates mechanisms, regulation, and biological functions of methyl group addition to proteins and RNA. Methylation, a common post-transcriptional and post-translational modification, has a profound effect on the regulation of fundamental biological processes such as gene expression, cellular localization, and RNA structure and function. Deregulation of methylation is associated with a wide range of diseases. The enzymatic regulation of methyl group addition and removal provides an opportunity for therapeutic intervention. We seek to understand the molecular mechanisms that control methylation, and develop chemical probes to interrogate the pathophysiological function of enzymes that regulate this modification. Specifically, our research focuses on the following areas:

Jumonji histone demethylases, a family of epigenetic “erasers”, catalyze the removal of methyl marks from lysine residues in proteins. Jumonji demethylases are complex proteins that, in addition to the catalytic domain, often contain one or more chromatin “reader” domains. The reader modules commonly interact with chromatin, and this interaction can be modulated by chromatin modifications. We investigate the functional cross-talk between chromatin recognition and demethylation in the jumonji family to understand how chromatin context impacts methyl mark removal, and consequently transcription. Furthermore, we are interested in understanding how additional regulatory inputs, such as metabolism and cellular signaling cascades, influence chromatin methylation and transcriptional regulation. In addition, our lab is actively involved in the development of small molecule inhibitors of the jumonji demethylases that can be used as cellular probes of their function. We use both rational design and high-throughput screening to identify starting scaffolds, and further optimize these scaffolds through iterative cycles of chemical synthesis and testing their potency and selectivity. Our goal is to use these molecules to inhibit aberrant demethylation caused by misregulation of demethylases in disease models.

Methylation of RNA is the abundant post-transcriptional modification identified in various types of RNAs. Despite its prevalence, the functional role of methylation is poorly understood. We are interested in elucidating the mechanisms responsible for RNA methylation, and understanding the role this modification plays in controlling the cellular function of RNA. We are particularly interested in 2-methyl and 8-methyladenosine modifications, catalyzed by related enzymes that utilize an unusual mechanism to achieve methylation. Incorporation of 2-methyladenosine into RNA has been implicated in the regulation of translational fidelity, although the mechanisms by which this is achieved are yet to be elucidated. In contrast, 8-methyladenosine formation is responsible for resistance to five chemically distinct classes of antibiotics that target the peptidyltransferase center of the bacterial ribosome, including linezolid. We investigate catalytic mechanisms, substrate recognition, and evolution of function in enzymes that carry out these methylations. Our goal is to determine the impact of methylation on the cellular function of substrate RNA.