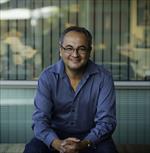 Our goal is to identify novel therapeutic approaches for cancer that target the genetic mutations and altered signaling networks that are specific to cancer cells. We use functional genomics applied to mouse and human systems (genetically engineered models, patient derived xenografts) to understand the transcriptional networks that regulate the outcome of specific oncogenic mutations and to identify new approaches for cancer therapy. We have two primary disease interests: lung cancer and pediatric sarcomas.

In our lung cancer work, we are heavily focused on using functional genomic approaches to study how KRAS functions as an oncogene. For example, we carried out one of the first mouse and human combined screens to identify Wt1 as a synthetic vulnerability for KRAS in NSCLC (Vicent et al, 2010, JCI). More recently, we described a key role of oncogenic Ras in regulation of the response to nutrient stress (Gwinn et al 2018, Cancer Cell). We are funded by the NCI Ras initiative as part of a multi-PI effort to identify novel synthetic lethal genes in the Ras pathway (collaboration with the Bassik and Jackson labs, both at Stanford University). We are also interested in identifying and characterizing the role of tumor-propagating cells (also called cancer stem cells) in NSCLC. Using a combination of mouse and human systems, we identified a key role for Notch3 as a self-renewal pathway in mouse and human NSCLC (Zheng et al, 2013, Cancer Cell). Ongoing projects are seeking to identify other KRAS specific vulnerabilities using 2D and 3D systems in both mouse and human. We are also exploring the use of single cell genomics to further evaluate intra-tumor heterogeneity.

In our sarcoma work, we are interested in mechanisms driving Osteosarcoma and Ewing sarcoma progression. These diseases provide an interesting contrast as clinically they are similar but from a genomic standpoint they are quite distinct. We recently identified EWSAT1 as the first lncRNA involved in the pathogenesis of Ewing sarcoma (Howarth et al, JCI, 2014). Ongoing work is focused on understanding how lncRNAs regulate the oncogenic capacity of the EWS/FLI1 fusion. In osteosarcoma, we are carrying out translational studies to evaluate the use of targeted therapies for this disease. Our sarcoma work is facilitated by access to a large (n>30) collection of patient-derived xenograft models. We are using these models to explore the genomic evolution of sarcomas and define novel therapeutics that are informed by the alterations present in individual tumors.

We make extensive use of computational genomic approaches in our work and we have wide experience in generating and using next-generation sequencing data for gene and network discovery. We are actively involved in a multidisciplinary effort to apply next-generation sequencing (WGS/RNAseq etc.) to advance the care of relapsed and other high-risk pediatric cancer patients at UCSF/Benioff Children’s Hospitals (San Francisco and Oakland). To date, our laboratory has sequenced over 150 pediatric tumors by Whole Genome Sequencing and RNAseq. These datasets provide ample research opportunity for trainees interested in the intersection of cancer biology, functional genomics and computational biology.