Understanding the Genesis of Cancer is Goal of $25 Million Award 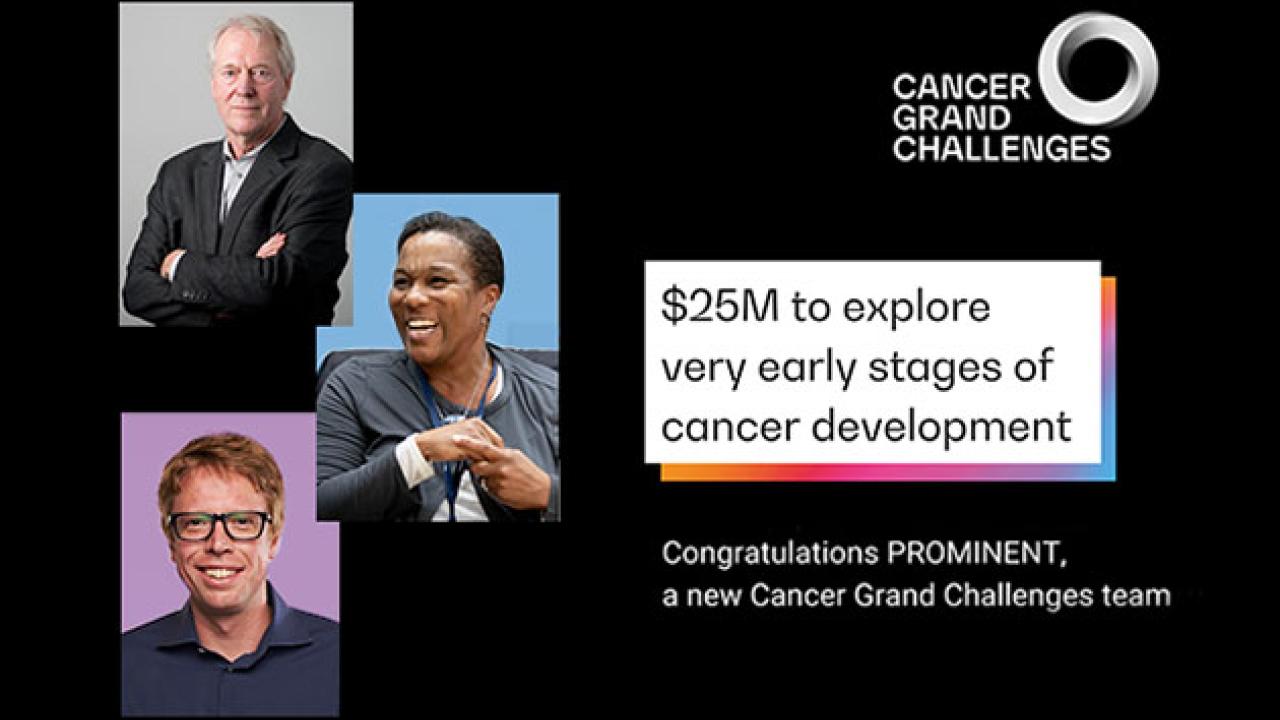 A world-class team of researchers co-led by UC San Francisco’s Allan Balmain, PhD, FRS, has been selected to receive a $25 million Cancer Grand Challenges award to investigate the very early stages of cancer development. Cancer Grand Challenges is a global funding platform, co-founded by Cancer Research UK (CRUK) and the National Cancer Institute (NCI) in the U.S., that supports a community of diverse, global teams in taking on some of cancer’s toughest challenges.

Balmain, with Kim Rhoads, MD, MS, MPH, and Luke Gilbert, PhD, both of UCSF, will lead the team, called PROMINENT (PROMotion to INform prevENTion) alongside Paul Brennan, PhD, from the International Agency for Research on Cancer and Nuria Lopez-Bigas, PhD, Institute for Research in Biomedicine Barcelona, in seeking answers to fundamental questions about the very early stages of tumor development.

“As a research community, we’re on the verge of a major leap forward in our understanding of the factors that contribute to the risk of cancer, which could help to find new, informed ways to stop cancer before it even starts,” said Balmain, a professor in cancer genetics at UCSF and an acclaimed scientist at UCSF’s Helen Diller Family Comprehensive Cancer Center (HDFCCC).

This global grant follows in the footsteps of a 2017 Cancer Grand Challenges award to Balmain and other investigators, called “Mutographs of Cancer,” to research unknown causes of cancer to help prevent more people from developing the disease.

On the new project, the researchers will build on recent findings that suggest cells can remain seemingly “normal” despite, carrying many cancer-causing mutations in their DNA, aiming to develop a picture of underlying forces that keep cells healthy or turn them cancerous.

The PROMINENT team unites advocates and scientists with expertise in epidemiology, genetics, imaging and more, across 5 institutions in the U.S., U.K., Sweden, Spain and France. UCSF is a natural participant in such multidisciplinary pursuits, said Gilbert, an assistant professor in urology at UCSF who leads an effort to map genetic interactions in the nuclei of human cells.