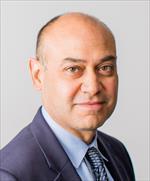 Nalin Gupta is Chief of the Division of Pediatric Neurosurgery at UCSF, and a Professor in the Departments of Neurological Surgery and Pediatrics. His clinical and research interests are directed towards neuro-oncology and congenital anomalies. He was the lead neurosurgeon at UCSF for a randomized clinical trials examining the effectiveness of fetal surgery for myelomeningocele. He also participated in a phase I clinical study examining the safety of stem cell transplantation for a disorder of myelination in humans. He is currently clinical PI of a phase I study examining the safety of gene therapy for children with primary AADC deficiency.