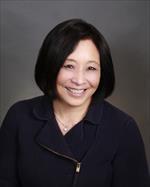 Mary Nakamura received her B.A. from Swarthmore College, her M.D. from Yale and trained in internal medicine at the University of California, San Francisco. She completed her rheumatology training at Johns Hopkins and UCSF. She did her post doctoral work at UCSF under the mentorship of Bill Seaman. She is a basic-translational researcher focused on studies in the field of osteoimmunology. She leads the Rheumatoid Arthritis Clinic at UCSF Parnassus and is a clinical attending at the SF VA HCS.

Research Statement
I am a clinical rheumatologist who has done basic research in the area of innate immune receptors for the past 29 years. I was a postdoctoral fellow with Bill Seaman focused studies of innate receptor regulation of Natural Killer cells. For the last 21 years I have focused much of our work on the role of innate immune receptors on osteoclasts and innate immune regulation of normal and pathological bone turnover. I led one of the early groups focusing research in the area of osteoimmunology and was one of the first to identify the role of innate receptors in osteoclast differentiation and function. Osteoimmunology, is defined as a cross disciplinary field to integrate studies of the immune system and bone and the interactions between these systems which is a topic integral to the clinical field of rheumatology and has furthered my goal of integrating my research with my clinical work. Recently we have also focused work on innate receptors, macrophages and tissue regeneration examining these cells and their function in bone, brain and cardiac injury. Our work has demonstrated roles for macrophages in tissue regeneration and we are examining effects of age and autoimmunity on macrophage phenotype and function which may contribute to defective tissue repair. I have worked with a number of young investigators to enhance their studies by providing key guidance and experiments to examine myeloid cells, bone and/or immune cells in the bone for a number of advanced trainee projects over the past few years.

I am also dedicated to promoting basic-translational work in rheumatologic and autoimmune disease at UCSF. I partnered with Lindsey Criswell to develop PREMIER, an NIH p30 Center for the Advancement of Precision Medicine in Rheumatology a number of years ago. Following her departure to NIAMS, I assumed directorship of the Center and I successfully applied to renew this center grant last year. I continue to lead this effort to integrate research focused on patient cohorts using clinical informatics and state of the art molecular phenotyping using patient samples to advance our understanding of rheumatologic disease heterogeneity, outcomes and therapeutic responses. As part of one of PREMIER's efforts, I led a study of SARS CoV2 vaccine response in autoimmune and autoinflammatory disease patients as soon as the vaccination effort rolled out and partnered with colleagues at Washington University in St. Louis to expand the cohort. We managed to publish this work about 8 months after vaccine administration began.