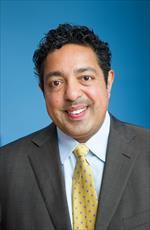 In April 2015, I became the inaugural Director of the Bakar Computational Health Sciences Institute at the University of California, San Francisco, with the role of recruiting new computational-related faculty to UCSF.

My research lab currently has 3 graduate students, 7 post-doctoral research fellows, and 3 staff members. I have successfully administered multiple research projects, including the NIAID ImmPort data archival repository, collaborated with many other researchers around the world, and continue to produce many peer-reviewed publications from each project. I have been heavily invested in teaching and mentoring. I am currently training or have trained 30 post-doctoral scholars in my research lab, with many obtaining prestigious research positions after departing. Twelve graduate students are completing, or have completed their PhD work in the lab, including two members of underrepresented minorities.

In Service of Patients: Precision Cancer Medicine at UCSF